The Potential and Power of Data

I think the piece that has been so profound to me about our actual piece on data, which I’ve shared more than the whole issue explicitly, has been the number of researchers who have actually reached out with a specific request around thought partnership. They’re literally using that term, and I just appreciate folks coming in with that orientation, right? Not like, let’s do something together, let’s build, but like, can we just see what we might need to understand more deeply, differently? And just in the last probably two weeks, I’d say there have been six or seven folks who are just wanting to think about this differently. And I think just the fact that they’re in the middle of their project but willing to maybe pull up and say, “What might we be missing in the way that we’re doing our assessment?” feels really exciting. So, I’m really grateful about that piece.

I do a lot of board training. A lot of my boards have wanted to get into, like, how are we understanding or misunderstanding data that we’re looking at? And they didn’t mean the article, but the article positioned me to more push them, right? I was already in relationship and community with them and had been saying, y’all, how boards are looking at so much data. How you’re interpreting it, how you’re getting it, how you’re asking your team for it really, really matters. So, we’ve had a lot of boards that have been like, “Gosh, we never thought about a data session, Candace. Can we do that explicitly?” So that’s been a gift, as well.

And then I’ll just say one really specific project, I’m deploying $20 million in capital to Black, Indigenous, Latino, and Asian entrepreneurs in the city of Atlanta. And it’s a partnership between a quasi-government entity, a government entity, and a nonprofit, and everybody has an agenda. And the one thing that probably has connected everyone’s willingness to partner more deeply has been like, what we could do with this potential data on things like creditworthiness for Black communities in the city, because one of our partners is a banking partner. Child wellbeing is one of the strategies that nonprofit is employing. How might we look at data that says like, how do we move the needle on child wellbeing in our city? Right? So that’s the one thing they all will say: we got to capture this data on this deployment of the capital, but what’s the narrative that we tell behind it? How do we do it? And I think this article, I actually shared it with the whole team and a community stakeholder group. And they were like, oh, this is really influencing us.

So, I think this is not a data project, but just to get folks who have a different orientation or role in the world to think about data in a different way has been really… just moving. 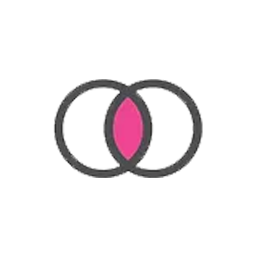 is now available for use in your EDI Training.